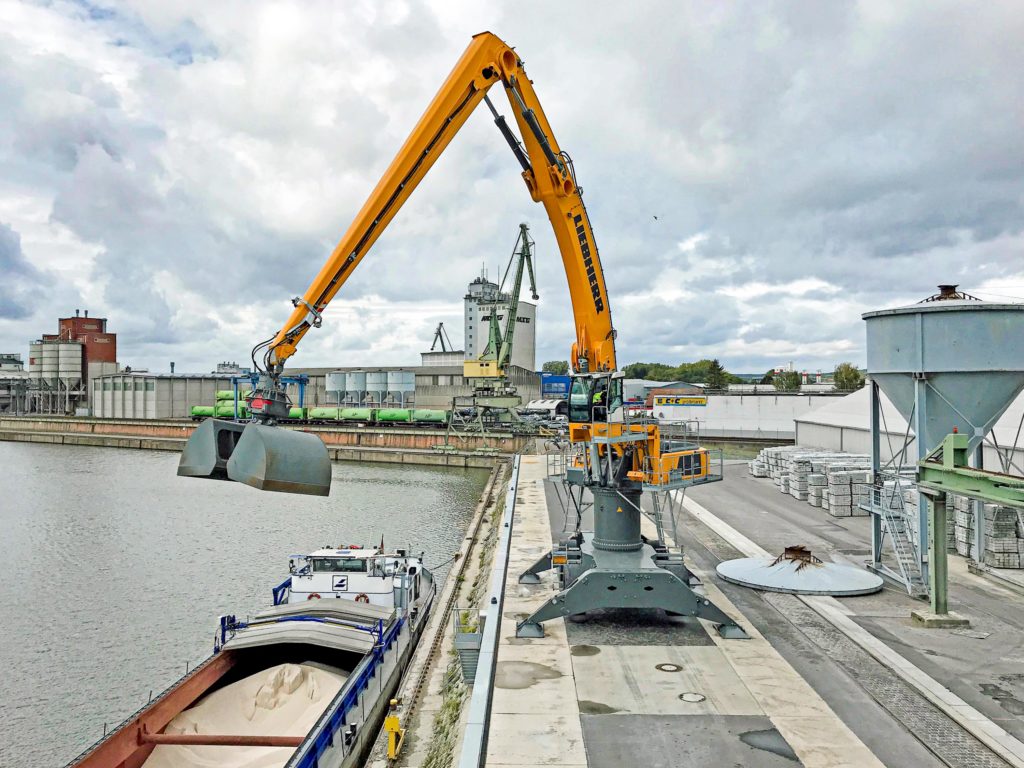 Bamberg, 12 March 2020 – In 2019, bayernhafen Bamberg (along with Aschaffenburg Nuremberg, Regensburg, Roth and Passau, one of the six bayernhafen inland port locations) consistently pursued its strategy of developing bespoke infrastructure to shift long-distance traffic from the road networks to the more environmentally friendly transport modes of inland waterway and rail. In the 2019 financial year, a total of 585,146 tonnes of cargo and freight were moved by inland waterway and rail at bayernhafen Bamberg – a 12.3% increase on the 520,911 tonnes of the previous year.

After the record-breaking low-water levels of 2018, inland waterway handling recovered in 2019 at bayernhafen Aschaffenburg, achieving a 24,749-tonne growth to a total of 240,422 tonnes. Rail handling also increased by almost 40,000 tonnes to 344,724 tonnes. The lion’s share of the shipping tonnage comprised animal feed, agricultural and forestry produce, and minerals and earths. Rail freight handling primarily involved containers and fuels.

bayernhafen Bamberg’s skill at developing interfaces …
… makes it a guarantor for achieving the modal shift, because its ability to efficiently link the different modes of transport enables businesses to opt for rail and inland waterway for long-distance transport as alternatives to transport by road. Through this strategy, bayernhafen Bamberg is making a key contribution to tapping the full potential of the different transport modes. This takes pressure off the road networks and reduces CO2 emissions.
“We pool freight volumes and link the modes of transport,” says bayernhafen’s Chief Executive Officer, Joachim Zimmermann. “We are the key to bringing about a modal shift. The way we operate is very similar to triathlon transition zones: in relation to the logistics chain as a whole, the focus is on us for only a short time – but when it is, everything must be just right. In the same way that every detail counts in triathlon transition zones, every move we make must also be right. Cargo and freight handling in the port requires optimal interaction with our customers and a perfectly coordinated team. The key prerequisite is the capacity of the port infrastructure.”

Combined transport on the right track
Combined transport involves linking at least two modes of transport, with intermodal trains generally being used for long-distance transport (the so-called ‘main leg’) and trucks used for delivery to the container terminal (preliminary/initial leg) and to the end customers (last mile/final leg). In the process, the transport medium remains the same: in combined transport, containers, swap bodies and semi-trailers are deployed. Containers are used for importing intermediate products, components and commercial goods as well as for exporting regional products. Containers are THE symbol of global trade that connect Bavaria to Asia, North and South America, and the entire world.

In 2020, the container terminal in bayernhafen Bamberg recorded further growth, with road-rail/rail-road handling up 8% on 2018 at a total of 1,974 TEU (TEU = twenty-foot equivalent unit).

The port is important for all of us…”

‘The port experience – live’
… was the watchword when bayernhafen Bamberg opened its doors on 15 September 2019. The port threw its doors wide open for a whole Sunday to give visitors a glance behind the scenes. “The port is important for all of us,” says Michaela Wöhrl. “This is where we handle the grains that we use to make our breakfast cereals. This is where the materials we need to construct buildings, roads and bridges arrive, and also where the fuel that we put in our cars and the fuel we use to heat our homes is loaded and unloaded. Our port festivals and guided tours show our guests, both young and old, all the wonderful things that the port can do. This continual dialogue enables us to increase public acceptance of infrastructure as the cornerstone of our prosperity and quality of life.

Utilisation of cruise ship pier capacity remains stable
In 2019, 831 river cruise ships docked at bayernhafen Bamberg, an increase of 9% on the low water-level year of 2018. For 2020, more than 800 hotel ships have pre-registered. The solutions developed jointly by the City of Bamberg and the cruise ship operators to better reconcile the interests of cruise ship tourists and the inhabitants of the city have proven to be a resounding success. These practical solutions include smaller groups, alternative routes and the use of local products on the ships. Michaela Wöhrl: “One thing has become apparent among the river cruise ship guests: more and more tourists do not merely want to explore the city, but increasingly also the region of Upper Franconia. We all benefit from this.” 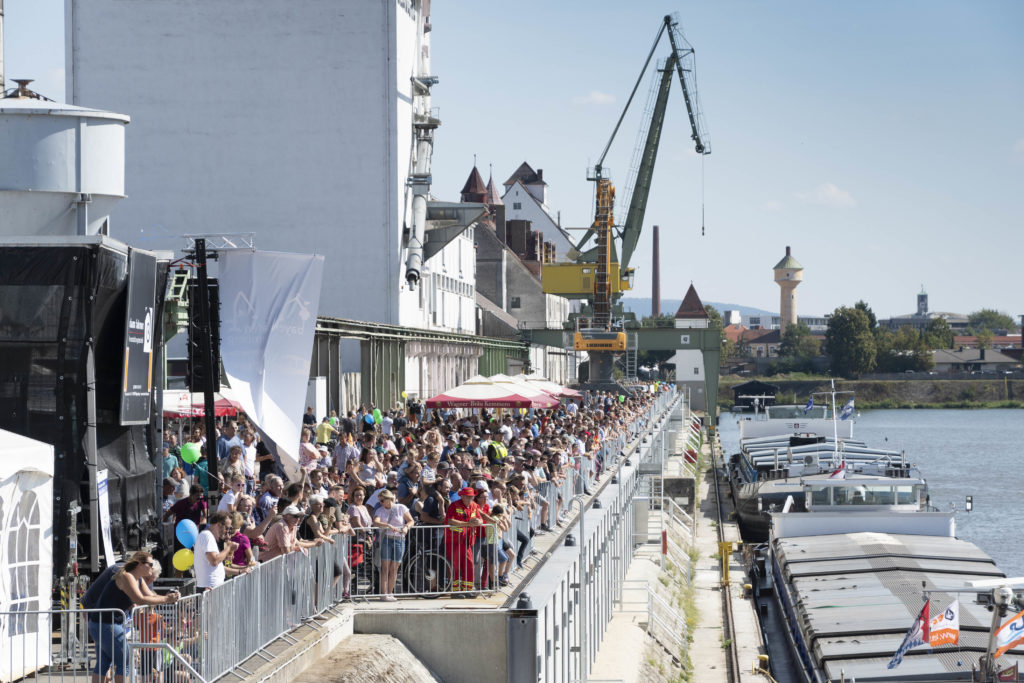