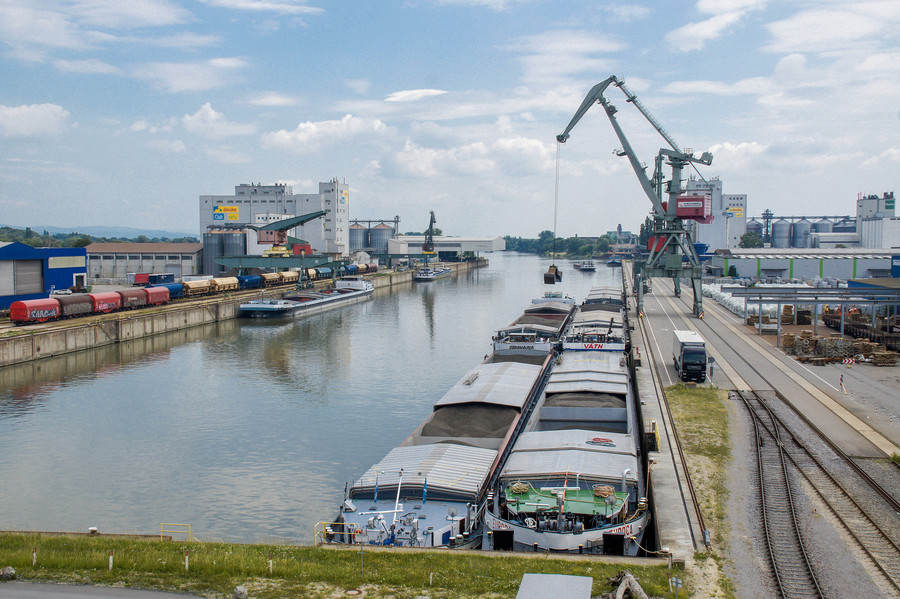 Regensburg, 14 March 2019 – In 2018, bayernhafen continued to develop the infrastructure of its ports in Aschaffenburg, Bamberg, Nuremberg, Roth, Regensburg and Passau. Following on from the € 30 million it invested in 2017, bayernhafen initiated a further investment of € 26 million in boosting the efficiency of its infrastructure to provide industrial, trade and logistics companies with the best arguments for using the environmentally transport modes of inland waterway and rail for their import and export activities. Despite the longest ever low-water level period in history, a total of 8.8 million tonnes of cargo were moved by barge and rail at all bayernhafen sites, only 2.6% down on 2017.

2018 was the warmest and one of the driest years in Germany since records began. For months on end, hardly any rain fell … and the waters of the Rhine and Danube dropped to record low levels. This resulted in a 21.2% decrease in 2018 in the volume of goods transported by inland waterway via the six bayernhafen locations to 2.518 million tonnes. However, this decrease was largely compensated for by significant growth in rail transport, with 6.3 million tonnes of freight moved by rail, up 7.5% on 2017. “Extreme situations such as low water levels may affect us, but they don’t knock us out,” says the CEO of bayernhafen, Joachim Zimmermann. “The same is true if there is a slowdown in a particular cargo segment. Our business model is robust – multimodal transport links paired with diverse customer and freight structures. This robust business model has stood the test of time, even in years when conditions are tough.”

In 2018, bayernhafen once again made significant investments running into the double-digit millions in the preparation of commercial sites and its several year-long project to optimise its rail and inland waterway infrastructure. For example, in 2018, bayernhafen Bamberg converted a sloped bank into a vertical bank to optimise the loading and unloading of cargo from and to barge. In addition, it modernised its crane fleet through the acquisition of a new mobile material-handling machine. bayernhafen Passau extended its quay-side loading tracks from just over 600 metres to 880 metres, boosted the temporary storage capacity of its silos fivefold and installed a new mobile harbour crane. This crane alone is capable of handling heavy-lift freight weighing up to 120 tonnes, such as complete wind turbines. 2018 also saw progress in the development of the data infrastructure in the ports: The roll-out of the fibre-optic network at the bayernhafen locations in Regensburg and Nuremberg now enables data transmission speeds of up to 1 gigabit per second. “Our investments are significantly increasing the efficiency of our infrastructure,” says Joachim Zimmermann. “For our customers, efficiency means a boost in reliability, better planning and greater cost-effectiveness – key factors for using the environmentally transport modes of inland waterway and rail.”

In 2019, bayernhafen will invest in modifying the quays in bayernhafen Nürnberg to meet the higher environmental standards that will be required in the future. In addition, work is continuing apace on the modernisation plans for the port marshalling yard in bayernhafen Aschaffenburg. For 2019, bayernhafen is planning to initiate further investment of around € 24 million across all its corporate locations.

Thanks to the quality of its locations, bayernhafen also attracted more companies in 2018: In April, RAIL.ONE opened a manufacturing plant in bayernhafen Aschaffenburg that produces rail sleepers for short and long-distance rail traffic. In October, greenfield development started construction of what is now its third industrial and logistics facility in bayernhafen Nürnberg – the facility is scheduled to start operations in May 2019. And in January 2019, bayernhafen Regensburg played host to the ground-breaking ceremony for a 16,000 m² logistics facility that the real estate group, Goodman, is building for the logistics service provider, Kühne + Nagel. “Companies choose bayernhafen locations because the whole package is just right,” says Joachim Zimmermann. “As we own the properties, the rental and leasehold contracts we offer provide companies with an excellent basis on which to build. We focus on land recycling instead of land consumption, and, if necessary, we convert commercial sites to prepare them for new forms of use. The trimodal infrastructure is in place. On top of this, there is also synergy between the companies operating from the port sites. This combination makes bayernhafen a strong anchor point in each of the regions and a major driver of the Bavarian economy.”

At a total of 477,087 TEU, container handling at the bayernhafen locations in Aschaffenburg, Bamberg, Nuremberg and Regensburg in the 2018 financial year exceeded the 450,944 TEU achieved in the previous year, an increase of 5.8%. 2018 also saw the addition of a new CT link between bayernhafen Bamberg and Wilhelmshaven on the North Sea coast as well as an intermodal train to the Baltic region between bayernhafen Nürnberg and Lübeck.

“Our expertise lies in linking the transport modes of inland waterway, rail and road,” says Joachim Zimmermann. “The overarching goal is to share the load more fairly between the transport modes – because only when we leverage the strengths of each of the transport modes will we succeed in bringing about the modal shift. At the same time, we see ourselves as the integrative factor between the industrial, trade and logistics companies who operate from our locations and in the surrounding economic regions. This enables us as ‘site architects’ to work together with the companies based at our locations to tap new potential for value creation. In order to boost the role of the bayernhafen locations as import and export hubs, we advocate for the necessary political conditions to be put in place, such as accelerating approval processes and the clear demarcation of port and residential areas. Throughout all this, we work persistently and consistently on achieving our objectives.”

We would be more than happy to provide you with the following photos as JPG files. When using the images, please ensure that the sources are credited correctly. 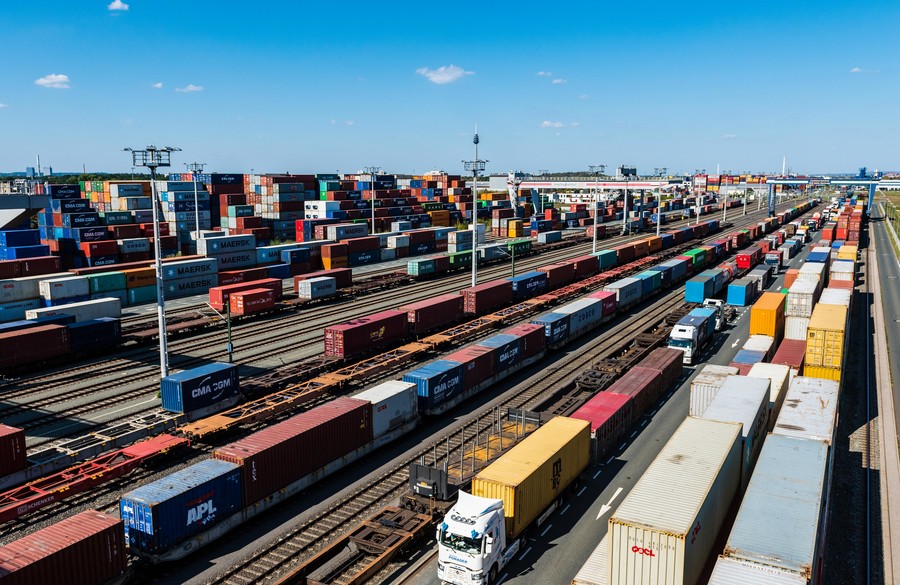