“Creative use of land as a resource” 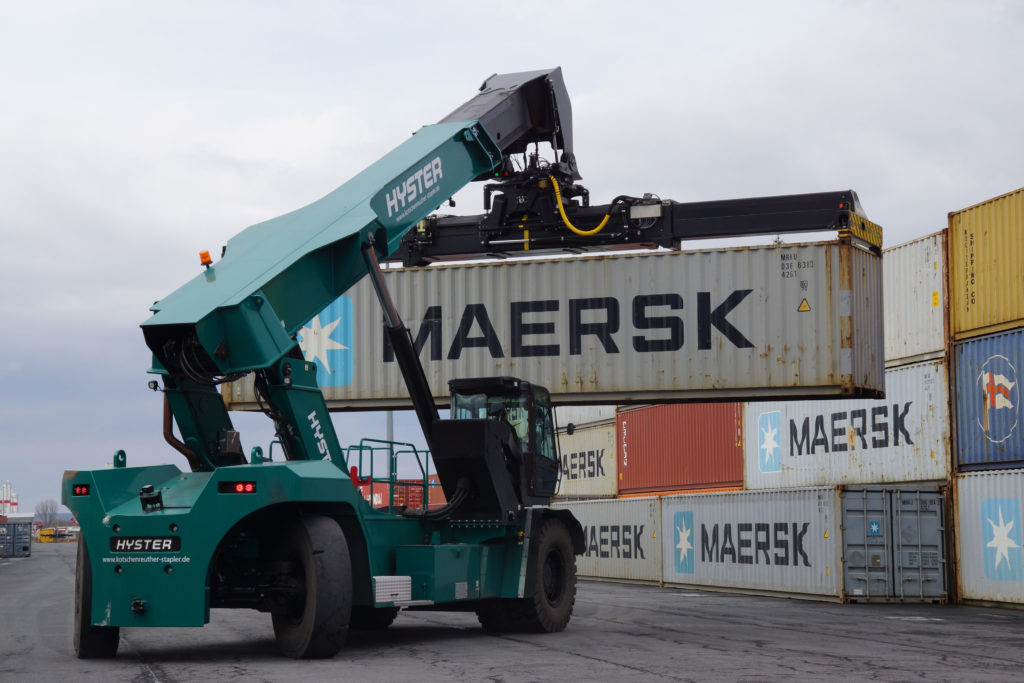 Bamberg, 15 May 2018 – In 2017, bayernhafen Bamberg, one of the six bayernhafen Gruppe locations along with the port locations of Nürnberg, Roth, Regensburg and Passau, continued to pursue its strategy of creating the best possible conditions for the transport of freight by inland waterway and rail. In the past financial year, bayernhafen Gruppe initiated investments of approximately € 4.6 million. A total of 592,083 tonnes of freight were moved via the environmentally friendly transport modes of inland waterway and rail in bayernhafen Bamberg in 2017, up 6.5% on the previous year. Container traffic recorded growth of 0.5%.

In January 2017, parts of southern Germany experienced the coldest temperatures in over 30 years. The build-up of ice brought shipping on the Main-Danube canal and the Bavarian Danube to a standstill for three and a half weeks until the middle of February. As a result, there was a sharp decrease in the volume of goods transported by inland waterway in the first quarter of 2017 compared with the same period in 2016. However, bayernhafen Bamberg was able to more than compensate for this shortfall over the course of the year, with the volume of goods transported by inland waterway at bayernhafen Bamberg reaching 270,230 tonnes, up 16.4% (53,160 t) on 2016. This was primarily due to declines in the freight classes of ‘fertilisers’ and ‘other human food and animal feed’, whereby the latter, in combination with ‘agricultural and forestry produce’, accounted for almost two thirds of the goods transported by inland waterway.

Four times a week, a container train links Bamberg to the German North Sea ports of Hamburg and Bremerhaven, opening up access to international markets for businesses in Upper Franconia. The lion’s share of the transport is via rail, with the initial and final legs of regional distribution carried out by road. Additionally, bayernhafen Bamberg handles special containers that transport household waste by rail from Erlangen to the waste-to-energy plant in Bamberg – an example of the efficiency that rail offers as a mode of transportation, even for shorter distances.

“The environmentally friendly transport modes of inland waterway and rail are tailor-made for long-distance freight transport,” says Michaela Wöhrl, the Branch Manager of bayernhafen Bamberg. “We continually lobby decision-makers from industry and logistics to incorporate the use of waterways and rail into the planning of logistics chains, both for export and import. bayernhafen Bamberg offers an efficient infrastructure and scheduled connections to the seaports.”

Investment 2017 and 2018 project preview
“To link the modes of transportation we need a functioning infrastructure,” says Michaela Wöhrl. “That’s why we invest continually in maintaining and expanding our infrastructure and in the services we provide at our locations.”
In 2017, bayernhafen Gruppe launched an investment program of around €4.6 million at the Bamberg location, in particular in the port infrastructure. In 2017, work began on converting the sloped bank of quay 4 into a vertical bank in order to optimise the loading and unloading of cargo from and to barge. The use of support poles under the quay means that no additional retention space needs to be used. “The land that we have is limited,” says Michaela Wöhrl. “As a result, we use creative engineering to efficiently manage this limited resource, with a major role played by sustainable land management and our capacity as owner-developers.”

In 2017, investment flowed into the optimisation of the road links to quay 4; in a link from quay 3 to quay 4; and in the acquisition of further reach stackers for the container terminal. bayernhafen Bamberg’s investment plans for 2018 include spending € 1.9 million on the modernisation of its fleet of cranes.

For 2018, in addition to the € 30 million investment programme that it launched in 2017, bayernhafen Gruppe is planning a further investment of around € 32 million – this includes the preparation of commercial sites and optimisation work on its rail and inland waterway structure running for several years.

Land recycling instead of land consumption
At its six locations, bayernhafen Gruppe offers its customers temporary land ownership through leasehold and rental agreements. This ensures that land is used sustainably, reduces vacancy rates and enables a change in usage at its sites. At bayernhafen, land recycling takes priority over greenfield site construction. In 2017, for example, various port companies optimised or modernised their operations.

Balancing the interests of tourist groups and the citizens of Bamberg
Following the success of the ‘Cruise Ship Open Days’ at the new pier in bayernhafen Bamberg at the end of 2016, the city of Bamberg and the top-level management of the ‘white fleet’ developed solutions to reconcile the interests of river cruise tourists with those of the city’s citizens. Some of the many ideas include smaller groups, alternative routes and the use of local products on the ships. “We are in close dialogue with the city at all times to ensure a balance of interests,” says Michaela Wöhrl.
In 2017, 804 cruise ships carrying almost 130,000 passengers docked at bayernhafen Bamberg. Almost 800 hotel ships have pre-registered for 2018.