Increasing the competitiveness of inland shipping

Impact of ship congestion on the Danube ports 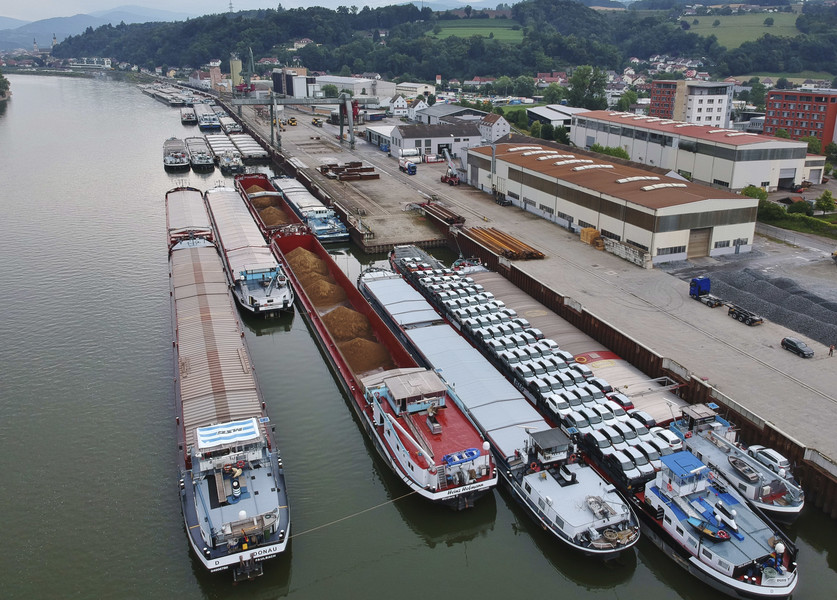 Regensburg, 03.07.2018. Since Friday, 29 June, ships coming from Deggendorf have once more been able to reach the bayernhafen locations in Regensburg and Passau. Late on Thursday evening, the Waterways and Shipping Office lifted the ban on shipping on the 25-kilometre long section of the Danube. The shipping ban had been in place for a whole week after two ships had run aground near Pfelling. Commenting on the unusually long complete closure of the waterway, Christian Hantke, Managing Director/Plant Manager of the Zweckverband Donau-Hafen, said: “Water-side cargo handling in the port of Deggendorf had practically come to a standstill.” In the port of Deggendorf alone, around 30 ships and barges, with a total loading capacity of over 55,000 tons, were forced to wait for the shipping ban to be lifted. More than 2,000 trucks would have been required to provide the same transport capacity – end to end, this would correspond to a traffic jam on the A3 equalling half the distance between Deggendorf and Regensburg. And that for a whole week.

On Saturday, once the congestion on the Danube had cleared, the port cranes in Regensburg and Passau went back into operation. Due to the continuing drought and the unpredictable nature of the Straubing-Vilshofen section of the Danube, lightering is currently also taking place. At the bayernhafen locations of Regensburg and Passau, cargo ships adapt their cargo to the current daily unloading depth by transferring part of their cargo to other ships or temporarily storing it onshore. Both ports have storage capacity available for this purpose. In future, lightering services, which are so important for shipping and the shipping industry, will be offered directly to shipping operators at bayernhafen’s Passau-Schalding location, enabling them to save costs.

These services enable Bayernhafen to support the catalogue of measures announced for the current legislative period by the Federal Minister of Transport, Andreas Scheuer, with the aim of improving the efficiency of the port/ship/waterway system. Last week, the German federal government’s budget committee agreed to reduce track access charges to support the railways. As connection experts, the inland ports offer the very best conditions for advancing the cause of rail and inland waterway.