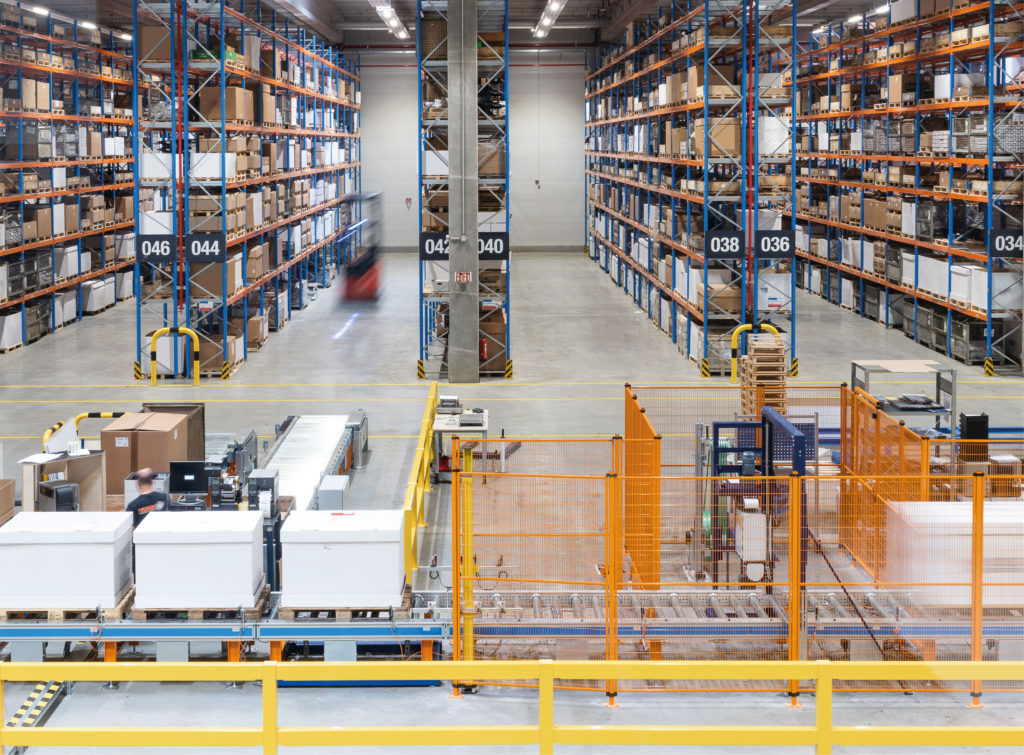 For more than ten years, the logistics service provider Teamlog has managed SAF-Holland’s global spare parts business from bayernhafen Aschaffenburg. This cooperation has now received a further boost. Spurred on by the axle manufacturer’s steady growth, Teamlog built a second warehouse facility at its Limesstraße site to supply spare parts for axles, suspension systems and fifth wheels to more than 25 SAF-Holland sales subsidiaries around the world.

The new 13,500 m2 warehouse commenced operations at the beginning of May after a construction phase lasting only 10 months. Teamlog’s new warehouse for SAF-Holland is located on the reclaimed land of the former transformer station, directly next to the manufacturing plant RAIL.ONE opened in April 2018 to produce rail sleepers for short and long-distance rail traffic. Jointly, the two companies already occupy two thirds of the 100,000 m2 of reclaimed land which bayernhafen Aschaffenburg redeveloped for new use following the demolition of the transformer station.

The land owner bayernhafen, Teamlog, and the architects and construction companies commissioned by Teamlog worked closely together to develop sustainable solutions to infrastructural and construction-related challenges, such as the installation of supply lines, construction of additional access routes and the optimisation of outdoor storage/parking areas. ‘Site architect’ bayernhafen achieved this through leveraging its skill in land management. “We are particularly happy that we were not only able to convince an existing customer of the advantages of bayernhafen as a business location, but also to put the right infrastructure in place to enable successful business expansion,” says Wolfgang Filippi, the Branch Manager of bayernhafen Aschaffenburg.

Helping to protect the environment

The planning phase also took environmental aspects into account: The warehouse is thermally insulated and equipped with a heat pump, enabling it to save energy and reduce CO2 emissions. In addition, the warehouse is connected to a separative sewer system that channels unpolluted rainwater into the Main river. This is more environmentally friendly than transporting it to the sewage treatment plant and saves on the costs of waste water disposal.

bayernhafen and the neighbourhood – a true community

Teamlog uses forklifts equipped with lithium-ion batteries purchased from another of the companies also located in the port, the conveyance technology specialist, Suffel. Prefabricated concrete parts for the warehouse were produced and supplied by the construction company Dressler Bau from its plant in Stockstadt, close to Aschaffenburg. And Teamlog had previously invested in the renovation of the teamFOOD canteen, which is popular with employees both in and outside the port. Further testimony to the active spirit of community at the location of bayernhafen Aschaffenburg.

Teamlog’s new warehouse in Limesstraße measures 121,500 m³. This is a volume equivalent to 3.4 million crates of beer.